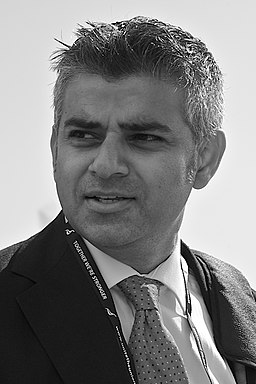 New Mayor Sadiq Khan will miss coffee the most during Ramadan.

Sadiq Khan, London’s first Muslim mayor, a day before the beginning of Ramadan, tweeted that fasting would not be easy this year and that he would miss coffee the most.

The Islamic holy month of Ramadan started this week. Ramadan is the ninth month of the Islamic calendar. It is regarded as one of the Five Pillars of Islam. It is observed by Muslims all around the world as a month of fasting, in order to commemorate the first revelation of the Quran to Prophet Muhammad. Fasting is obligatory for healthy Muslims. They cannot eat or drink water during daylight. This year's Ramadan will be hard for U.K. Muslims because they are looking at the longest Ramadan in 33 years. This year's Ramadan month coincides with the summer solstice. Depending on their location, U.K. Muslims are looking at about 16 to 19 hours of fasting.

According to Khan, the only perception that some people have about Islam is what they see on T.V., and most of the time what they see on T.V. is an angry man with a beard saying or doing something terrible. This holy month, his priority is to go out there and break down the mystique and suspicion surrounding Islam by hosting Ramadan meals around London at churches, synagogues and mosques. Sharing experiences is the best way for people to understand each other's faith. Inviting non-Muslims to participate in the Iftar meal (fast-breaking meal at sunset), and break bread together would help show that it is not a big deal, that it is not weird or strange.

London showed its openness and diversity to the world when it elected Sadiq Khan as its Mayor last month. According to Khan, London is the most diverse city in the world. However, the people are still not mixing as much as they could. His aim is to enable people to have a sense of belonging. He also added that he does not want to be solely defined by his faith. He is a Londoner, a son, and a father. The City Hall is not a pulpit.

19hr long fast in the UK. What will the Mayor of London miss the most? | Sadiq Khan | World news | The Guardian https://t.co/Sj9YkGCFdJ

Khan said that the prospect of going without food or water for 19 hours is scary. Anyone who knows him knows that he is miserable during the time of Ramadan. In the past years, he had to attend a lot of tedious meetings, during the holy month, without coffee. This year, he does not have a lot of meetings scheduled, however, his days are still full, including the European Union referendum coming up. He may even break his fast on stage during an event.