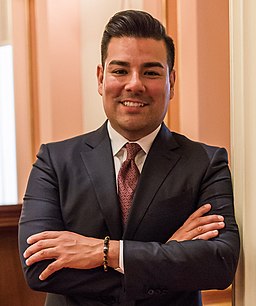 Senate Bill 1146, proposed by Senator Ricardo Lara from Los Angeles County, California, representing the 33rd district, would reduce the number of religious colleges that qualify for religious exemptions. Also, the bill would force the colleges that receive federal religious exemptions to publicize that fact to prospective students. The bill was passed by the California state Senate last month. Right now, it is pending in Assembly.

CA Bill Protects LGBT Students by Limiting the Faith of Universities.
Tweet This

According to Dr. John Jackson, the president of William Jessup University, Rocklin, California, if the bill is passed, it would deny the ability of faith-based universities in California to function based on constitutional principles and religious beliefs. The bill is discriminatory, says Jackson, and it violates the religious freedom and the First Amendment. The bill, in the name of transparency, would only open up the pathway for harassment lawsuits.

The universities and colleges in California usually seek the religious exemptions from federal Title IX regulations while hiring instructors, conducting faith-based student services, and teaching classes. If the Bill 1146 is passed, then a college or a university would be eligible for an exemption only for the purpose of training theology teachers and pastors. The bill, in effect, would take away a religious institution's ability to make it compulsory for students to attend chapel services, to finish theology classes, to keep dormitories and restrooms separate based on gender, to hold prayers at events such as the graduation ceremony, and so on. In short, the bill is a threat to each and every policy that makes a religious institution distinct from a secular institution.

According to Dr. Kurt Krueger, president of Concordia University, Irvine, California, the bill would take away the freedom of a Christian institution in hiring only Christian faculty and staff. It would also, most likely, disqualify students attending the Christian institutions in California from applying for Cal Grants, a key state-level student aid program.

It is the view of those people who support the bill that religious teachings constitute discrimination. Hence, the bill would help to cull the discrimination faced by the minorities, from religious institutions. According to Evan Low, California Assemblyman, using the taxpayer money to subsidize institutions that choose to discriminate against LGBT students is wrong, and it has to stop.

According to Jackson, it is vital that California offers its students a wide range of opportunities to further their education, by letting the faith-based institutions to successfully integrate spirituality with their curriculum.