St. Louis Archdiocese Files Lawsuit Over Making it A “Sanctuary City” for Abortions 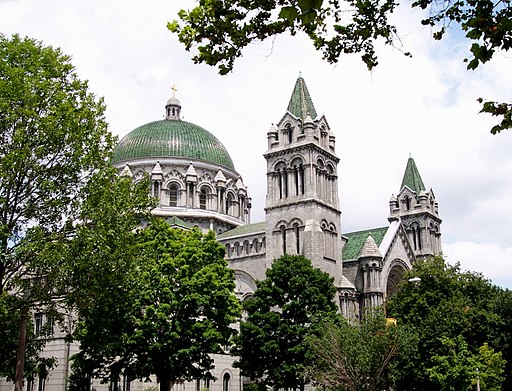 Ordinance meant to protect pro-life women from facing discrimination is perceived as “embracing a culture of death” by Archbishop.

The Archdiocese of St. Louis has filed a lawsuit against the city over a new ordinance the clergy claims will turn the city into a safe haven for abortions. The ordinance is supposed to protect the interests of women who are either considering or have had abortions. Archbishop Robert Carlson together with the Catholics of the archdiocese has vowed to fight against the implementation of the ordinance at all costs.

St. Louis Archdiocese Files Lawsuit Over Making it A “Sanctuary City” for Abortions[/tweetthis]

The ordinance came into force as a result of widespread discrimination against women who have either considered abortion or have undergone an abortion at the hands of their employers. There have been cases when these women have been fired for no better reason than their personal choices as to their pregnancies. In fact, landlords and property owners can even refuse to give their properties for rent to women who have had an abortion or use contraceptives on religious grounds.

15th Ward Alderman Megan Green, the sponsor of the bill, said it would prevent women from having to face such challenges in deep-red Missouri, where such cases are rampant. Denouncing these discriminatory practices, Green said, “Employers can have their own beliefs. But they shouldn’t be able to impose those beliefs on people or fire someone because of those beliefs.” She urged lawmakers to pass the bill, saying St. Louis would be yet another after Delaware, District of Columbia and Boston to pass such an ordinance, insisting that St. Louis would also be known as a place that ‘protects and values women.’

Archbishop Carlson spoke for the opponents, which includes the Catholic Church, the Lutheran Church-Missouri, and other pro-life groups, saying that passing the bill would equate to “embracing a culture of death.” He also added the bill was nowhere close to marking a milestone of the city’s progress. Carlson has vowed to fight what he calls a ‘vile bill,’ defending life.

Another strong opponent of the bill, Peggy Forrest, president of Our Lady’s Inn, a home for pregnant women who have a wish to have a baby, argued the bill would put the inmates of her home in a dilemma. She added the bill would undermine the courage the inmates have shown to go through with their pregnancies despite all odds.

Some St Louis Catholics sue city over ordinance protecting women from bias based on whether they had #abortion https://t.co/mqthaTNdOC

Green, however, does not see the lawsuit as something serious, calling it “frivolous.” She revealed that complaints of discrimination have already started to come up, and this shows the ordinance is on the right track. Mayor Lyda Krewson defended the bill and said that nobody in her office found the ordinance to be discriminatory.