Religious Restrictions Around the World Christians have reported being harassed in 143 countries

The Pew Research Center released data about religious hostilities around the world . The data looks at which religions have not received the freedom to practice by governments around the world.

The data reveals that 52 governments are in the high and very high categories when speaking about religious restrictions. This is shocking because the number appears to have increased. In 2007, the number was 40. The number of countries has jumped from 39 to 56 in the last ten years.

The data has a few holes in it. The first is that harassment isn’t specified and could refer to verbal hate or government oppression. The data doesn’t say whether Christians were in more dire situations that Muslims were. 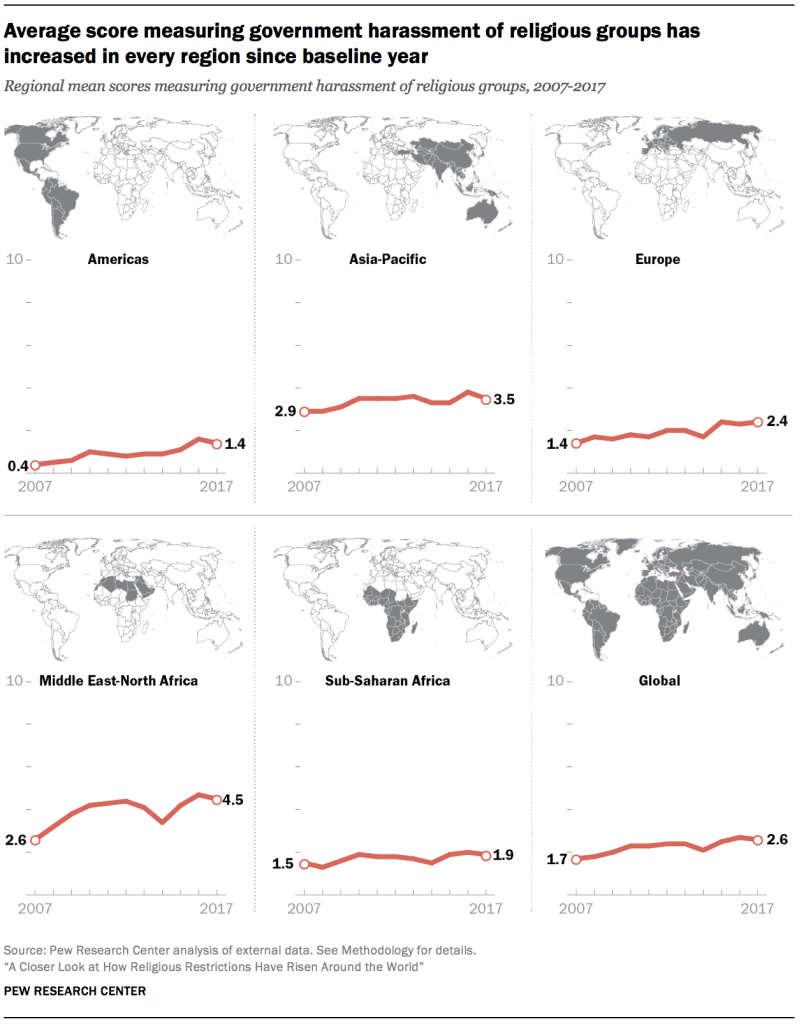 Many people incorrectly believe that Muslims and Christians are the most hated religions in the world. The fact of the matter is that Christians and Muslims are the largest religious groups in the world. It’s only natural that they would be harassed more because there are a lot more of them around the world.

The U.S. government doesn’t persecute Christians. However, the U.S. government has been known to persecute Muslims. There are some Christians who can’t practice their faith openly in certain countries. On the Government’s restrictions index, the U.S. is in the moderate section. The index has four levels. Unfortunately, the U.S. isn’t doing a good job of defending religious freedom. The U.S. needs to step their game up because other countries tend to follow the U.S.’s lead.

People shouldn’t take the unaffiliated category seriously because there are certain countries where the punishment for being an atheist is death. The governments are actively trying to end their citizen's lives if they report themselves as being atheists. The whole world should be troubled as religious hostilities are on the rise.

Religious Restrictions Around the World The Impact of Christian Harassment Around the Globe
June 18, 2017