A so-called “sect filter” applied by the City of Munich to a member of the Church of Scientology of Bavaria constituted “an unjustified encroachment on the fundamental rights of the group of persons concerned,” said the State Administrative Court of Appeal of Bavaria. The Court concluded that the decision was “unlawful and violates the plaintiff’s rights.” While Sect filters have been used in Bavaria to exclude Scientology artists, businesses and individuals from various activities, this is the latest in a string of losses for the anti-religious tests.

They’re Back! Religious Restrictions Return with Rise of Delta Variant

The Supreme Court on Monday rejected a request from a church in Maine to prevent the state’s reimposing Covid-related restrictions. Calvary Chapel of Bangor said the rules were the “most severe restrictions in the nation on places of worship,” beginning with a ban on gatherings for religious worship, which was modified later to allow 50 worshippers in the church. The church said the limits violated its religious freedom while making exceptions for other gatherings. The Vatican is launching a research project on the family to be carried out by Catholic universities around the world. The results of the project, called the Catholic Global Compact on the Family, will be presented at an event held before the World Meeting of Families in Rome in June 2022. According to organizers, “the compact will collect information and research on the cultural and anthropological importance of the family, focusing particularly on family relationships, the social value of the family and good practices of family policies at the international level. The Biden administration has dropped a Trump-era lawsuit against the University of Vermont Medical Center for requiring health care workers to assist in abortions despite their religious or moral objections. The HHS Office of Civil Rights reported the medical center in Burlington forced a nurse to participate in an abortion and had scheduled other workers to help with the procedures though they had religious or moral objections. Biden’s nominees for international religious freedom positions at the U.S. Department of State and the U.S. Commission on International Religious Freedom include Rashad Hussain as ambassador-at-large for international religious freedom, Deborah Lipstadt as special envoy to monitor and combat anti-Semitism, and Khizr Khan to the United States Commission on International Religious Freedom. Rabbi Sharon Kleinbaum, — nominated to the International Coalition on Religious Freedom is a campaigner for LGBTQ rights who is married to Randi Weingarten, current president of the American Federation of Teachers. The nominations have raised questions, such as a coalition of some 1,500 orthodox rabbis which condemned the nomination of Kleinbaum, saying it sends a counter-productive message amid threats to religious liberty.” 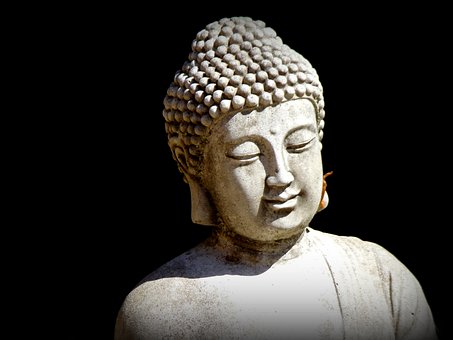 Jalue Dorje, an American teenager who grew up in a suburb of Minneapolis, Minnesota, and who at the age of two was recognized by the Dalai Lama and other Tibetan Buddhist leaders as a tulku or reincarnated lama, plans to relocate to Mindrolling Monastery in India in four years. Although the Dalai Lama urged that Dorje take up residency in India from the age of 10, his family decided that their son, now 14 years old, should live a more ordinary American life until he completes high school at the age of 18.