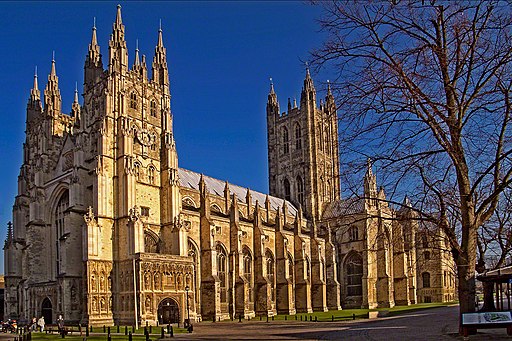 True North comes as Anglican leaders look to find ways to find common ground between traditional marriage and supporters of the LGBTI community.

True North, as the gathering will be known, will kick off in August in St. Matthew’s Walsall, which is significant because most of the leadership there opposes gay marriage.

True North hopes to provide “worship, mutual support and encouragement for Christians in the LGBTI community.”

In the past, Anglican churches have scheduled services specifically for gay Christians in the dioceses of Liverpool, Southwark, and Manchester.

A new book edited by Jayne Ozanne, who is a former member of the Archbishops’ Council, considers herself evangelical and has come out as gay, includes contributions by Bishop of Liverpool Paul Bayes and Bishop of Dorchester Colin Fletcher.

Bishop Fletcher said that “far too many good Christian people” have suffered “immense” damage by the Church’s attitude toward gay people.

Bishop Bayes said, “We need to change the Church—to make room and to extend the table.”

The emergence of True North comes as the Church looks to find common ground between Christians who support traditional marriage and LGBTI backers at its next General Synod in July. The Church fears that the Anglicans will formally split due to their conflicting views on homosexuality.

Launch of new movement for LGBTI affirmation in the CofE. I am part of the steering group & urge friends to support. https://t.co/9jG18Dqtz3

Justin Welby, the archbishop of Canterbury, made it clear that the Church of England is not necessarily looking for agreement on the issue, just understanding, tolerance and healing. “A 21st century Anglican family must have space for deep disagreement, and even mutual criticism, so long as we are faithful to the revelation of Jesus Christ, together.”

Earlier this year, conservative churches in the Anglican Communion, including those in Africa, expressed support for the traditional doctrine of the Church which uphold marriage as a union between man and woman.

Back in 2014, Uganda Anglican Archbishop Stanley Ntagali warned that if church officials “are not willing to listen to us, we shall consider being on our own.”